The conventions were held as part of an associate making campaign for IMA Youth Wing, which kicked-off on the 1st of October and was concluded on the 31st of October 2019. The prime objective of the campaign was to introduce Youth Wing to the masses residing in Kuwait and make new associates thereby. Personal one-to-one meetings, Professional Meetings, Tea Parties, Moral Lectures and Educational Awareness programs were organized at various locations in Khaitan, Sabhan, Jaleeb, Mahbula & Salmiya to achieve this objective.

All three conventions had the same recurring topics for the motivating speeches that were delivered by the luminous dignitaries of Kuwait. The first topic covered lessons from the life of the Prophet Muhammed (SAW) for the youth, so as to guide them to the righteous path and inspire them to strive for an ideal society. The second topics detailed the theme of the campaign – “Fafirru ilallah” and was meticulously tailored for the youth. The speakers concluded the event with a heartfelt invitation to the youth to join hands with IMA Youth Wing for the betterment of the community. The campaign was deemed a success with an outreach of 1000+ individuals across the country. 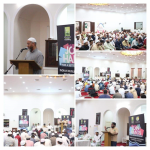 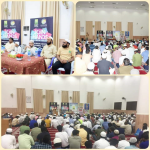 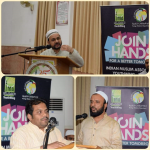 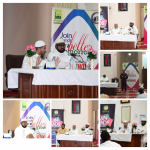 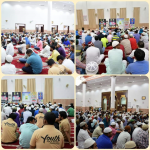