The convention was held as part of associate making Campaign, which started, from 25th September till 16 October 2015,of IMA Youth Wing-Kuwait. The convention started with a beautiful recitation of Surah Al-A’la (The Most High) by Hafez Mobin, followed by an array of inspiring speeches by the luminous dignitaries. Hafez Hafeez ur Rahman, the first to speak on the occasion, urged people, particularly the youth, to mend the difference and work towards an ideal society. He reminded the youth their responsibilities towards the community and their role in shaping its future.

Mr Iqbal, who also spoke on the same lines, emphasized on the need for Muslim youth to play an active role in changing the socio-economic condition of the community. He said: “Unless the Muslim youth does not rise to the occasion and work for up liftment of the community, situation of the Ummah will not change for the better”. He spoke at length on how the youth in the past have contributed and brought positive changes in the world. Mr. Iqbal credited the success of developed nations to the dedication, focus, and determination of their youth. He added: “For a country or a community to progress, its youth must strive collectively for a common goal”.

Mr Iqbal advised the youth present to take a cue from Japan, on how it emerged a winner after being bombed with atom bombs. He said: “After the Hiroshima-Nagasaki incident, people of Japan, particularly the youth, did not get bogged down by the tragedy that struck them. They decided to build their country all
over again, and today we all have the result to see”. He presented a three-point formula and called the Muslim youth to it to resurrect the ummah. He asked the youth to spread the teaching of holy Qur’aan, become pioneers in the field of Science and Technology, and call people towards Islam.

The convention ended with Mr. Masood Shihaab inviting the youth to join IMA Youth Wing. He called the youth to strive for the betterment of community. He thanked the audience present and hoped the convention will inspire more youth to work for the society in the coming days. 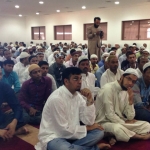 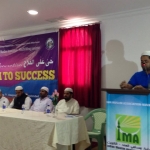 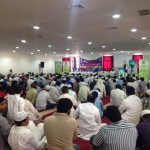 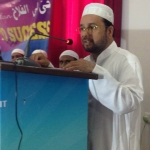 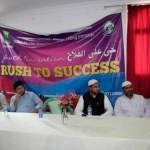 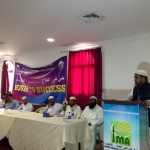 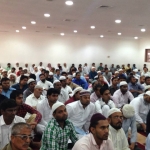 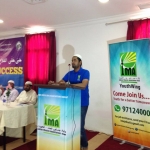 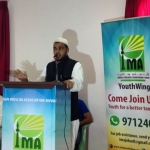