Indian Muslim Association (IMA) Youth Wing, Under the patronage of Ministry of Awqaf & Islamic Affairs & Masjid Al-Kabir organized a Blood Donation Camp on Friday, 20th November 2015 from 1:00 PM to 5:00 PM at Kuwait Central Blood Bank in Jabriya.
Aimed with the cause of serving and benefitting the humanity, Indian Muslim Association Youth Wing and its members, dedicated themselves volunteering for the different activities of organizing the camp and most notably, a large turnout of its members & associates turned up with enthusiasm honoring the occasion.
Inaugural ceremony and a small program to spread awareness on the “Life cycle of Donated Blood”, started with the beautiful recitation of Holy Quran by Br.Tayyab Bawazeer.
Dr. Vinod Grover, a long time veteran in Kuwait’s medical field & President of the Indian Doctors Forum was the Chief guest of the event and delivered the Key note address. He elaborated on different stages the donated blood goes through, how it is preserved and how a bottle of donated blood can save up to 4-5 lives. He also Commended and appreciated the efforts of reaching to masses with a great message and achieving a large turnout for such a great cause.
General Manager of IPC, Engineer Abdul Aziz Al-Duaij also graced the occasion & lauded the efforts that are aimed only to serve the community and helping people.
Yousef Eissa Al-Shuwaib, Head of community section-Masjid Al Kabir Ministry of Awkaf and Islamic Affairs- Kuwait visited the camp & applauded the efforts exerted.
Mohammed Hasan Noor, Vice President, Indian Muslim Association was present on the dais. Arshad Habib Khan, General Secretary and other senior members of Indian Muslim association also participated in the Blood Donation Camp.
More than 150 people donated blood during the event that started from 1 pm and last till 6 pm. Refreshment in the form of Fruits and juices were served to the participating donors.
Br.Meraj Convened the program and Br. Naveed coordinated the entire event. 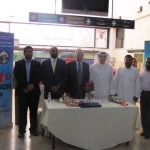 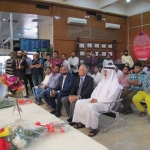 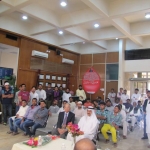 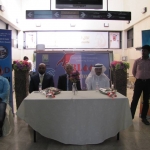 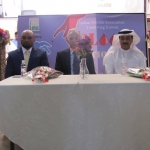 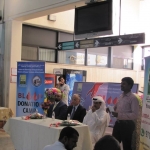 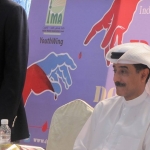 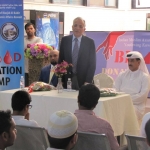 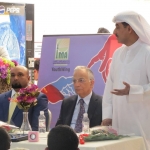 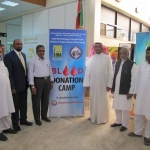 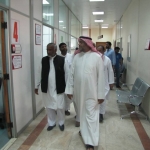 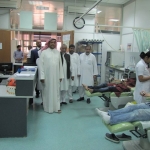 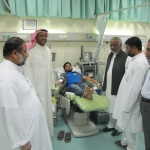 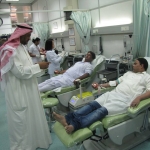 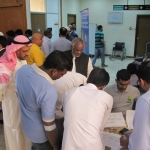 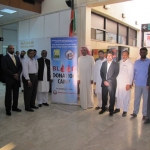 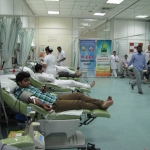 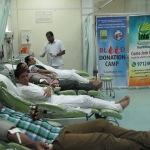