Indian Muslim Association – Youth wing, Kuwait organized their annual “Grand Iftar” on the 24th of May 2019 at Jamaitul Islah Center, Rawda, with the objective of conveying the message of Ramadan and motivating the youth residing in Kuwait.

The program was set in motion with the recitation of Quran by Hafiz Tayyab Bawazeer., followed by inaugural words of welcome by IMA President Janab Parvez Shamvil sb. The Ex-President of IMA, Janab Masood Shehab sb., addressed the gathering next with an efficacious speech on “Importance of Ramadan” tailored to the youth – which elevated the sense of the importance of Ramadan and motivated the audience to exert themselves even further in worship during the remainder of the month. The first guest of honor Dr.khaled Al-Mazkoor, Raees of Jamiatul Islah spoke on the importance of the last ten Days of Ramadan and urged those present to offer Qiyam prayers. The second guest of honor Mr.Mohammad Hussain Dalal, current MP Kuwait expressed his joy in sharing Iftar with IMA Youth wing and emphasized the importance of feeling the pain of others in order to be a good Muslim. He appealed to the gathering to support Muslims in need – in Kuwait or abroad, and pray for our brothers and sisters across the globe. Dr. Nasser Al-Sane – Ex MP Kuwait, while speaking on the occasion highlighted the importance of brotherhood in Islam which should not be limited to Ramadan. He appreciated the Indian Community for being the most loving community in Kuwait and encouraged the audience to inculcate God-consciousness (Taqwa).

The event was well received by more than 700 people who attended from different parts of Kuwait. The convener, Br. Abdul Musauvir, expressed his gratitude to the management of Jamiatul Islah, the dignitaries, IMA Youth Wing volunteers and the audience for making this event a great success. Br.Riaz Khan – President IMA Youth Wing concluded the event with the vote of thanks and Iftar meals were served thereafter. 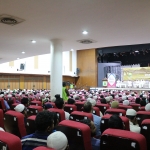 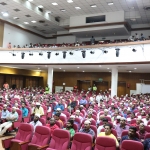 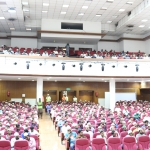 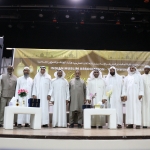 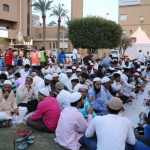